The Arise Magazine Fashion Week shows, although it began with a bumpy ride, only got better as the days progressed with Saturday, March 12th, 2011 being one of the nice highlights of the event. Nigeria’s major celebrities, one of which included Nollywood A-List star Genevieve Nnaji, were in attendance.

While the fashion audience was excited about the celebrities in the house, they wanted even more from the designers and demanded for something more “interesting,” as a few put it. They sure got it. Designers like Alexander Amosu (UK), Jo Black Craze (NG), Mataano, (Somalia/USA), Lanre Da-Silva (LDA) (NG), Laquan Smith (US), Bunmi Koko (UK), Eredappa (NG) and Kluk CGTD (SA) were some of the interesting and talented designers that showed.

Things really got interesting with designs from LDA by Lanre da Silva Ajayi’s ‘Modern Age’ collection. There were full skirts, tailored blouses and skirts all designed both in the signature vintage design core LDA is known for. The colors for her fabrics were black, white and a blend of bright colorful fabrics; as LDA played with velvet and lace combos, a refreshing sight for guests. Da Silva also showed a playful side to her personality in her introduction as she made her entrance to Shakira and Freshly Ground’s ‘Waka Waka Africa’ song which made the crowd roar! They really loved it. Dare I say I vote her show to be the most interesting of the day?

Also showing on Saturday was Nigerian, London based designer Bunmi Koko. Koko came out with a collection I call “too nice.” She had cute bright colored dresses. There were also dresses and clutch bags which shared the same fabric as the dresses. Her models were unique as they all were holding mask like objects. She added flavor to her show with the appearance of a person in full Masquerade gear at the event. This really kept the audience in suspense as to what next she had up her sleeves.

Where Bunmi Koko created suspense, Ere Dappa piqued the minds of the fashion audience who had so many questions! Questions like how did she get to cover an entire piece of ankara in tiny beads? How long did it take to finish the work? “About three (3) months,” answered one of her crew members when LadybrilleNigeria.com, subsequently also posed the question. Hmm . . .I wonder how much it cost . . .

Finally, a collection that was so breathtaking was the bridal collection from Klûk CGDT. Nevertheless,the applause and ovation from the audience seemed to pay more interest to the big name Nigerian models, when they appeared in the designs, rather than on the designs themselves.The audience cheered so loud when fashion models like Agbani, Chika Emmanuel (winner of Elite Model Look) strutted on the catwalk.

A great day of shows it was with many stating their excitement for Sunday’s show and the Arise Magazine Fashion Week Awards.

VIDEO: WATCH CNN’s Inside Africa Profile on Arise Magazine, Goes Behind the Scenes to See How Magazine is Made 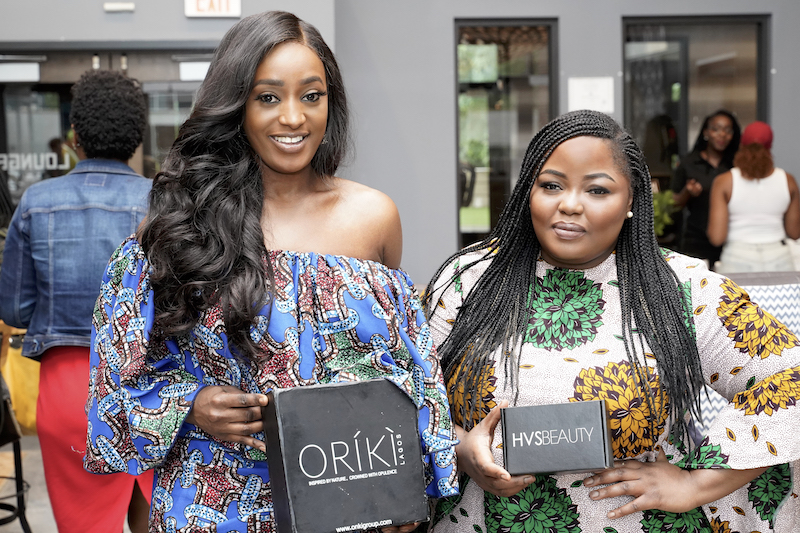