Here is a final report from the Sound City Music Video Awards (SMVA) producers on how their event went. The report is that of SMVA and not LadybrilleNigeria. It is provided for informational purposes only.

The 2010 edition of Soundcity Music Video Awards (SMVA) which held on the night of November 20 at Eko hotel suites and suits Lagos, proved to be a top rate glamour event and memorable award ceremony organized for the African continent. SoundCity who have been bridging the gap in Nigerian and now African music to the rest of the world took this opportunity to push the bar even higher.

The awards were preceded by a classy and super organized poolside fashion show, with the red carpet covered by Spice TV. The celebrities and celebutants (the “IT” guys and girls of Lagos) had their pictures taken and were interviewed before going to the cordoned off poolside to feast their eyes on glamorous outfits.

As the gorgeous models meandered with style and grace down the all white catwalk which hovered over Eko hotels half Olympic sized pool, it was hard not to feel like you were elsewhere a very classy atmosphere as celebrities mingled and watched the show. The colorful and differing outfits really made an impression and kudos has to be given to the featured African designers including Tiffany Amber, Lanre DaSilva-Ajayi, Dax Martin, Ituen Basi , MAI, Zizi Cardow and David Tlale.

The show started after the fashion show and the venue was filled up the regular ticket seats and also populating the VIP section (which for once was at the back upper level of the hall, well spaced and well catered for, with their round tables and white sheets).

The show kicked off with P-Square who came out in their white reflector clad jackets (reminiscent of Michael Jackson) and rocked the stage. Every time their washboard abs where shown the women in the crowd went crazy and then for the guys, the dancing queen of Nigeria “Kaffy” came out to perform with them. Her sexy gold sparkly outfit and tastefully sensual dancing made this one heck of an opening act.

Just as we were all slowly coming down from the hype of the performance Uti came on stage like a space man in a shiny silver suit, covering his whole body. But he was promptly stripped by three models, unveiling his stylish black suit and patented hairstyle. As he went on to announce the start of the show a voice impersonated Big Brother and informed him that his last task was to host the 3rd edition of the SMVAs. He gracefully accepted and with that the show was underway.

Many awards and performances wowed and surprised the crowd as the night drew closer to the morning, but to make things easier I’ll put the highlights out there for you:

Sasha has been in the game for a long time as the self titled “1st Lady” did a fantastic job on stage. Her performance was ushered by Bez who strummed his guitar and serenaded the crowd with the chorus of “Making Money”, followed by the vocals of a talented back-up singer, Sasha came on stage in a cute black “tuxedo-esque” outfit (very reminiscent of Janelle Monae) and rapped, danced and entertained the audience.

This guy is truly the future of Nigerian hip-hop. After seeing him grow behind Banky W all this time, it’s amazing to see him do his thing in his own right. At such a young age not only does he have musical talent but he is also blessed with stage presence (his “moves” on stage really got people going) His performance was well rehearsed and it all came across so fluidly it had the people on their feet and even boogying in the wee hours of the night.

The cheers were louder when the Don Jazzy led Mo-Hits group appeared on stage without Wande Coal. Dr. Sid opened their set introducing D’Prince, and the rest of the team joining them after his most recent hit collaborative song ‘jonzing world’, D’banj completed the set with a performance of ‘Scapegoat’

Funny Highlights: SMVA 2010 had very funny highlights that ensure the crowd had a laugh, lets start Mr Nigeria’s Slip grammatical blunder When got on stage and tried to entertain the crowd and says “ Let me hear your hands up”, as unplanned as this act was it was hilarious as the audience laughed their heart content.

• Goldie wins award for Best Female Video and as a rep of Kennis is picking up the award, Eldee comes on stage, grabs the mic and uses Kanye’s famous words to Taylor Swift “I’mma let you finish but” and as the crowd laughs with them he gives his thanks and props to Goldie then gives the mic back and walks off.
• During the Mo’Hits All stars performance, an overzealous fan runs on stage to go dance with the stars but is abruptly booted off the stage by one of the bouncers.

Asa’s proved once again why she is a revered entertainer, her performance was a show stopper, showing her emotions with every gesture and when it was time to dance, she reminded people of her roots with her Yoruba dance moves. It was obvious she was having fun out there and it got to the audience as she received a standing ovation. Looking around the crowd you could tell people were spellbound with smiles lingering on faces and general bobbing to the beat, oh and let’s not forget the accents which completed her act… Her outfit, the lovely red shoes and her “never seen without them” “cat” glasses.

Soundcity has once again raised the bar in the Nigerian Entertainment industry as the event was well planned and was certainly the most anticipated event in the whole Africa. It was truly a pan-African ceremony even with the nomination list running long with more Nigerian names and cheers for the Nigerian nominees; which didn’t particularly translate to complete wins as

beside the seated audience in the 70,000 seat capacity hall.

saved as the last for the night.

Soundcity Premium channel on cable TV platform and responses poured in via comment from followers of the Soundcity Channel page on social networking platforms – Twitter and Facebook.

On the 20th of November, the Expo Hall of Eko Hotel, Lagos was the cynosure of eyes as Lagos, Nigeria, and the world tuned into a lavish celebration of recording and performing artists and music videos.

The soundcity team must be commended for putting together a world class Pan African event, as the detailed planning and execution was obvious at the event. Credits to Mr Adepetu for seeing the big picture in the African Entertainment industry, Verbana Servicing Outfit, An upscale Public Relations and brand management outfit, who with their expertise implemented a PR campaign, ensuring that the right amount of awareness was generated for the event, and also to the photographers CONCERT/PERFORMANCE Pictures were taken by ANDREW ESIEBO, RED CARPET/RANDOM SHOTS OF CELEBRITIES were taken by FEMI MAKU BROWNE and FASHION RUINWAY FOLDER: YINKA OBEBE 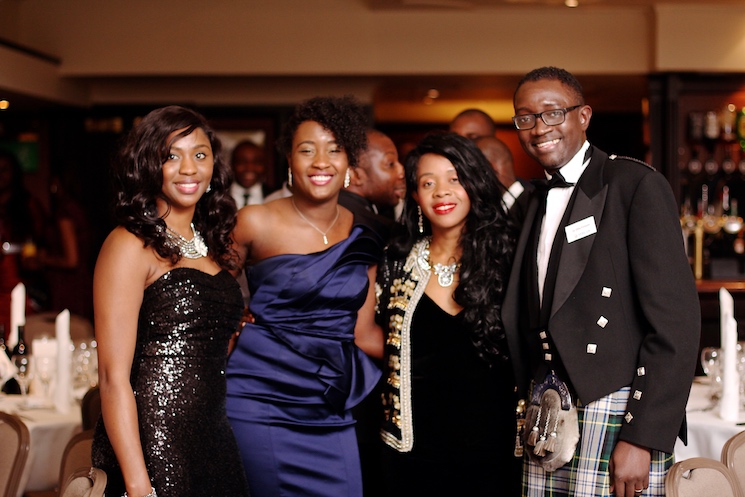 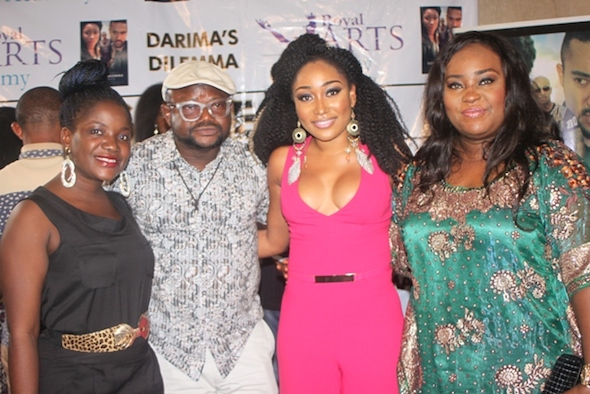