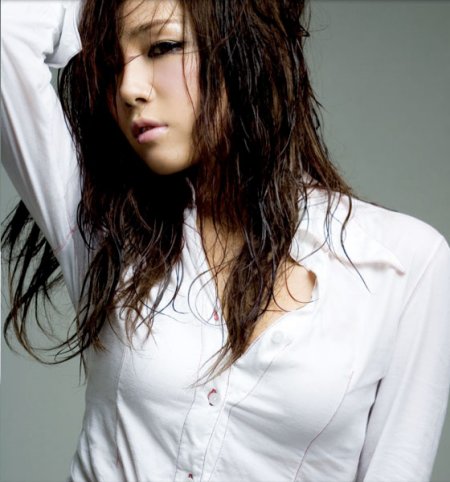 Korean hottie and R &B singer J-Lim (Lim Jeong-Hee) knocks it out of the musical ball park with ‘Crazy Love.’ Crazy Love features cameo appearances from Big Boi of Outcast and JY Park owner of JYP Entertainment, the label J-Lim is signed onto.

“Lim Jeong-Hee grew up in a musical environment, in which her father was an ardent fan of pop music and a collector of countless music LPs. She was educated with classical music in her childhood, beginning with learning to play the piano. Despite this, as she grew up, she gained more interest in pop music rather than the classical music she had studied.

In high school, Lim participated in a song contest for teens held by Seoul City and won the grand prize. The experience of competing in the song contest and winning the top prize led Lim to enter college to study popular music. She is signed with the same management agency as some of the biggest Korea pop stars, Rain and G.O.D.. However, Lim is more famous on the street music scene than on television or the radio. Even before she had her official debut, Lim held countless street performances on her own which led to the creation of her multiple fan clubs.”

Special Thanks to Our Top 5 Nigerian Owned PR Firms Who Get it Right!