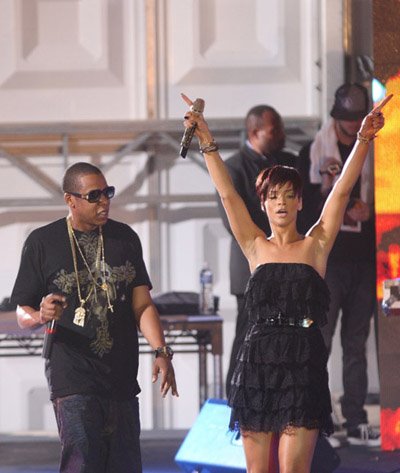 Charity begins at home” is a saying I got accustomed to hearing while growing up. Indeed, for the future, this saying ought to be at the forefront of the producers and organizers of the recently completed ThisDay Festival 2008 ‘Africa Rising’ event. While I applaud the goals to re-brand Africa and help put the continent in a positive light, I fail to see, as I have stated before, how numerous international celebrities most of whom are paid exorbitant amounts to perform at an event in Africa promotes ‘Africa Rising.’ Indeed, I am convinced that the recently completed ThisDay ‘Africa Rising’ Festival, simply put, was another year to, once again, snub local African artists giving them the “take a seat at the back of the bus” treatment, in their own country/continent.

To fully understand my point, it makes sense to revisit the promises made in ThisDay’s press releases/articles prior to the ‘Africa Rising’ events taking place. In a press release dated July 5th, 2008, ThisDay in relevant part stated, “Nigerians and the entire world [will] watch international artistes, and cultural icons performing alongside their Nigerian counterparts . . .” The release/article further added, “[t]his year’s festival is designed to revolutionise global perspectives on African issues, shifting focus from the problems to the opportunities and from treating the “symptoms” to curing the “diseases” and projecting positive images of Africa by showcasing the renaissance of Africa’s music, fashion and the arts.”

The kick off event held in Abuja on Friday, July 11th, 2008 was the perfect platform to fulfill the promises made of having international artists perform alongside their Nigerian/local counterparts, showing opportunities for investment in Africa’s explosive and growing entertainment industries and projecting positive images of Africa. Instead, all performances by local artists and even the scheduled fashion show on July 11th was cancelled. Reports from insiders and credible sources on the internet state the following: 1) the event cost as much as 60,000 naira/$522.00/$250pounds to attend; 2) it started late–five hours later; 3) performances by all local artists and the fashion show was cancelled; 4) mega international stars like Rihanna, Usher and Jay-Z performed. Supermodels Naomi Campbell, who was visiting the country for the first time, and Tyson Beckford were present [they were unable to attend the subsequent show in Lagos.]

On the issue of lateness, the producers, especially since this is their third year of doing this, should have the logistics down. Of higher significance, however, is the fact that all local artists were cancelled on a very important night. Friday’s July 11th, 2008 performances by local artists in the nation’s capital, Abuja, was highly significant in three key ways:

Global Media Visibility: When international celebrities of Jay-Z’s caliber are present in Africa, the world listens and reports. Indeed, as of July 9th, ThisDay reported they had accredited sixty [60] journalists from across the globe including “The Mail, Daily Express, Ebony, US Weekly and World Report, Rolling Stone, XXL, Vibe, Billboard, GQ, Vanity Fair, The Voice, Reuters, Reuters TV, MTV, ITV, ITV Radio, BBC, WENL, Associated Press (AP), Press Association and Press Association TV and America Online (AOL).” Global media, including photo agencies like Wire Image report and capture the performances of most artists on stage giving local artists visibility and furthering the purpose of the event, to project positive images of Africa through Africa’s music, among many, globally. Instead, on Friday night, the producers gave the global media only one angle to report and images to show, international mega celebrities. Needless to say, even photo agencies like Wire image had no images of Africa’s local artists performing to show to the world. Plus, even though there was another show held on Sunday which showcased only three local artists, most global media focused only on the the big kickoff event on Friday night in Abuja.

Respect for Local Artists: “Every body has a right to have an event for whatever reason, and involve any type of artist, locally or internationally. Our group is saying the event [was] to raise Africa, [but] the whole event utterly disregar[ded] African talent, and lack[ed] any form of skill transfer or upliftment for the industry being used as a tool for the [Africa] ‘rising.’” says Wale Ewedemi the President and Founder for Music Industry Association, Nigeria, in response to my inquiry on local artists performing, especially on Friday night.

Adding to Ewedemi’s point, from an economic perspective, local artists motivate African youths, who we now know have strong spending power, to purchase their music thereby helping to stimulate Africa’s economy. On the contrary, the monies spent on international celebrities do not necessarily bring money into Africa. Producers contribute to foreign economies when they pay international acts to perform in the continent. These monies, especially for the caliber of artists showcased at ThisDay Festival, is well into the millions [US dollars] and do nothing to help Africa’s economy or people. Instead, those monies/payments follow these international celebs back to their countries where they invest into their own countries’ economies, which naturally makes sense.

Giving Fans What is Promised: Every producer knows the challenges of putting on an event, regardless of the magnitude of the event. Sometimes, people who are meant to show up do not show up. That is understandable, although never appreciated by fans. But, when all performances by local artists scheduled to perform is cancelled on a very important night, it begs the question on how exactly Africa is being promoted/said to be ‘rising,’ and fails to deliver what was promised to fans for the price of a 60,000naira/$522.00/250 pounds ticket.

ThisDay plans to continue its ‘Africa Rising’ events in two more locations, London and Washington DC. I truly hope the organizers refocus, regroup and make it truly about ‘Africa Rising’ by fufilling their promises to have African/international artists perform alongside each other. . . showcasing the renaissance of Africa’s music, among many hidden gems Africa has to offer. 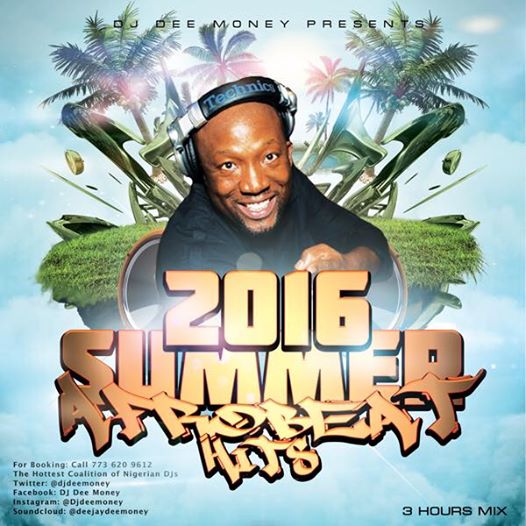