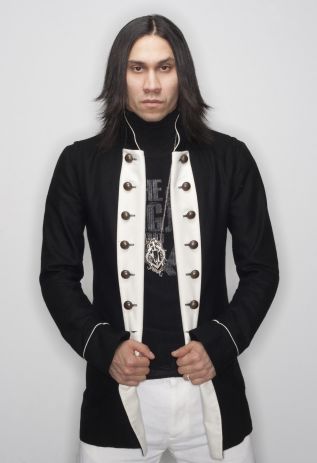 Jaime Luis Gonzalez, aka Taboo, was born in the barrio of East Los Angeles on July 14, 1975 to parents of Latino and Native-American ancestry. But he credits his beloved grandmother, Aurora, with nourishing his dream of becoming an entertainer from an early age.

In 1995, Taboo was approached by will.i.am to form the Black Eyed Peas, the legendary hip-hop group which headlined at halftime at this year’s Superbowl and whose never ending string of hits includes such Grammy-winners as “I Gotta Feeling,” “Let’s Get It Started,” “Boom Boom Pow” and “My Humps,” to name a few.

A versatile talent, Taboo is not only a multilingual rapper, singer, dancer and mc, but also the designer of Taboo Deltah, a line of footwear found at Foot Action stores. Here, the devoted husband and father of two talks about “Fallin’ Up,” his recently-released autobiography.

LADYBRILLEMAG.COM:Hi Taboo, thanks for the time.
Taboo: Thank you, Kam, I appreciate it.

LADYBRILLEMAG.COM: This is my first time interviewing you, but I had a nice chat with will.i.am when he was in the film Star Trek a couple of years ago.
T: [LOL] Did you say Star Trek? I haven’t heard that one before, but I’m gonna start spreading the rumor. [Laughs some more] I think you meant to say Wolverine.

LADYBRILLEMAG.COM: My bad. Sorry, I did mean Wolverine. Anyway, I really enjoyed reading your autobiography, “Fallin’ Up.” It was so brutally-honest, especially where you talked about bottoming out in your battle with substance abuse after becoming famous. I told my readers I’d be interviewing you, so I have a mix of my own and questions from fans for you.
T: Cool.

LADYBRILLEMAG.COM: Editor/Legist Patricia Turnier asks: What is the main message do you want people to take away from the book?
T: The main message is that the camaraderie you see between will, apl and me onstage is a direct reflection of the friendship we’ve enjoyed over the years. We’ve overcome a lot through good times and bad times. It’s an uplifting memoir with a lot of anecdotes telling you to dream big and to follow your dreams, because the sky’s the limit, no matter what you want out of life

LADYBRILLEMAG.COM: The sky may be the limit for others, but are there any challenges left for the Black Eyed Peas to conquer after performing in front of over a hundred million people at the Superbowl?
T: Yes, we’re in talks with NASA about doing a free concert on the moon in 2014. [Chuckles] The truth is we’ve been blessed with so many opportunities that the time has arrived for each us to bring some notoriety to ourselves, individually, and to explore whatever we’ve ever wanted to do artistically on our own, but always knowing that that in turn will ultimately reflect on the mother ship, which is the Black Eyed Peas.

LADYBRILLEMAG.COM: Being familiar with your book, Harriet Pakula Teweles asks: How do we issue ‘dreamcatchers’ — or their equivalent — to youngsters so they don’t get their dreams dashed?
T: I think it all starts with a flame that burns within each of us. The dreamcatcher my grandmother placed over my bed as a child simply served as a metaphor. It doesn’t have to be a dreamcatcher, literally. The dreamcatcher could be the people you surround yourself with. Or it could be you motivating yourself to pursue a passion like music or another form of artistic expression.

LADYBRILLEMAG.COM: Harriet also asks: Where do we find more grandmothers like yours?
T: Gee, that’s kind of hard to say. My grandmother was one-of-a-kind. Like I said in the book, she was the most influential person in my life. She was the motivating force for me to become the performer that I am today. She really lit the fire inside me which inspired the desire to become who I am. The beauty of it is that she believed in me even when other people didn’t. The fact that my grandmother always had my back was pivotal because she also taught me a lot about values and about life in the process.

LADYBRILLEMAG.COM: Attorney Bernadette Beekman asks: Where do you think you would be without the support of your grandmother growing up?
T: Well, I really doubt that I’d be speaking to you right now, if my grandmother hadn’t been in my life. She really knew how to nurture my talent, whether it was dancing, writing music, or performing. She pushed me. She wanted to see me succeed at it. Now, she is like my angel. Every time I step onstage, I feel like she’s shining there with me and celebrating the good times.

LADYBRILLEMAG.COM: Bernadette has a follow-up: What would you say to encourage young boys in similar circumstances who do not have an intact traditional family to help them achieve their dreams?
T: To those kids who don’t have a solid support system at home, I would just say, “Surround yourself with good friends who share your passion and drive. Don’t let anybody tell you that you can’t do it. Don’t let anybody extinguish your light.”

LADYBRILLEMAG.COM: Professor/Author/Filmmaker Hisani Dubose asks: How do you combine the rhythms and music of your Mexican and Native-American backgrounds with R&B and hip-hop?
T: Well, we’ve gotten into a lot of Latin rhythms in the past on songs like “Latin Girls” and “Sexy” where we sampled Sergio Mendes’ Bossa Nova. And I do mix in a little Spanish rap on some of the songs. It’s part of my culture and I’m able to represent it in the same way that Apl is able to represent the Filipino culture. We have several songs where he’s actually rapping in his native tongue which is Tagalog.

LADYBRILLEMAG.COM: I love all those collaborations with Sergio Mendes.
T: Thanks, we were lucky to have an opportunity to work with him when we were in Brazil on a South American tour.

LADYBRILLEMAG.COM: Which of the Black Eyed Peas’ songs is your favorite?
T: “I Gotta Feeling.”

LADYBRILLEMAG.COM: Is there any question no one ever asks you, that you wish someone would?
T: That’s one of the best questions I’ve ever been asked. Here’s one: What’s the best thing about being a parent?

LADYBRILLEMAG.COM: Okay, what’s the best thing about being a parent?
T: Appreciating every moment you get to spend with your children, really absorbing their growth, their innocence, and the happiness they exude. I really appreciate the beauty I see in them whether I’m changing diapers, feeding them or taking them to school. It’s never a dull moment when you have kids. And we’re expecting another baby on May 3rd.

LADYBRILLEMAG.COM: What a blessing! Congratulations! The Tasha Smith question: Are you ever afraid?
T: I was afraid about performing at the Superbowl, because we had to rappel down 300 feet from the Jumbotron, and I’m not really too keen about heights. You can be the most athletic and acrobatic dude, but that doesn’t help, if you’re scared of heights. So, I was definitely nervous, at first. But after doing it a half-dozen times during rehearsal, I was able to get all the jitters out by show time. Being high on adrenaline helped. It was very nerve-wracking, but I’m glad that we conquered our fears, and that the performance went really well.

LADYBRILLEMAG.COM: The Columbus Short question: Are you happy?
T: I am so happy! Very happy!

LADYBRILLEMAG.COM: The Teri Emerson question: When was the last time you had a good laugh?
T: A few minutes ago when you thought will was in Stare Trek.

LADYBRILLEMAG.COM: What is your guiltiest pleasure?
T: Chocolate chip cookies.

LADYBRILLEMAG.COM: The bookworm Troy Johnson question: What was the last book you read?
T: “Fallin Up.”

LADYBRILLEMAG.COM: The music maven Heather Covington question: What are you listening to on your iPod?
T: Missy Elliott.

LADYBRILLEMAG.COM: What is your favorite dish to cook?
T: Spanish rice and carne asada.

LADYBRILLEMAG.COM: The Uduak Oduok question: Who is your favorite clothes designer?
T: That’s a good one. Hmm… I have two favorites: Rick Owens and Gucci.

LADYBRILLEMAG.COM: When you look in the mirror, what do you see?
T: A loving husband and a devoted father.

LADYBRILLEMAG.COM: If you could have one wish instantly granted, what would that be for?
T: For financial stability for my family.

LADYBRILLEMAG.COM: The Ling-Ju Yen question: What is your earliest childhood memory?
T: It’s of my grandmother sitting in her chair in the living room, as she introduced me by saying, “From Los Angeles, California, give it up for Jimmy Gomez!” even though it was just the two of us there. I remember the happiness and joy in her face while watching me which let me know it was okay that that’s what I wanted to do for the rest of my life. I owe it all to her for always believing in me, and for bringing out the best in me.

LADYBRILLEMAG.COM: The Nancy Lovell Question: Why do you love doing what you do?
T: Because I’m good at it, and I always dreamed of doing it.

LADYBRILLEMAG.COM: The Flex Alexander question: How do you get through the tough times?
T: Family.

LADYBRILLEMAG.COM: The Rudy Lewis question: Who’s at the top of your hero list?
T: My grandmother.

LADYBRILLEMAG.COM: What advice do you have for anyone who wants to follow in your footsteps?
T: Don’t follow in my footsteps

LADYBRILLEMAG.COM: The Tavis Smiley question: How do you want to be remembered?
T: As a loving father and husband, and as a great entertainer and entrepreneur.

LADYBRILLEMAG.COM: Thanks again for the interview, Taboo, and best of luck with the book and all your endeavors.
T: Alright Kam, thank you so much. 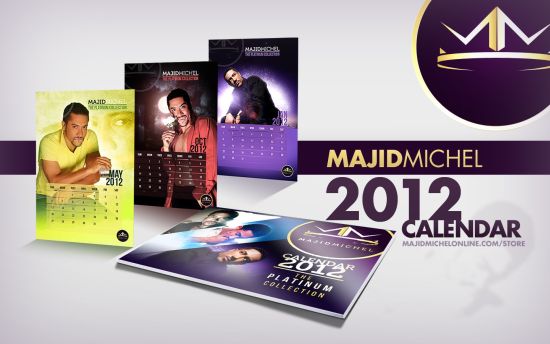